Learning how to exercise the brain can help reduce the likelihood of cognitive decline over time. There are plenty of ways to workout your mind, and it’s more simple than you may think. Activities like playing games, socializing, taking a new route, and even listening to music can all benefit the brain. Read on for fun ways to improve your mental health.

Tai chi is an internal Chinese martial art that has various training forms, but is popularly practiced with slow movements. A 2013 study found that practicing tai chi for an extended period of time impacted the structure of the brain by increasing its volume. 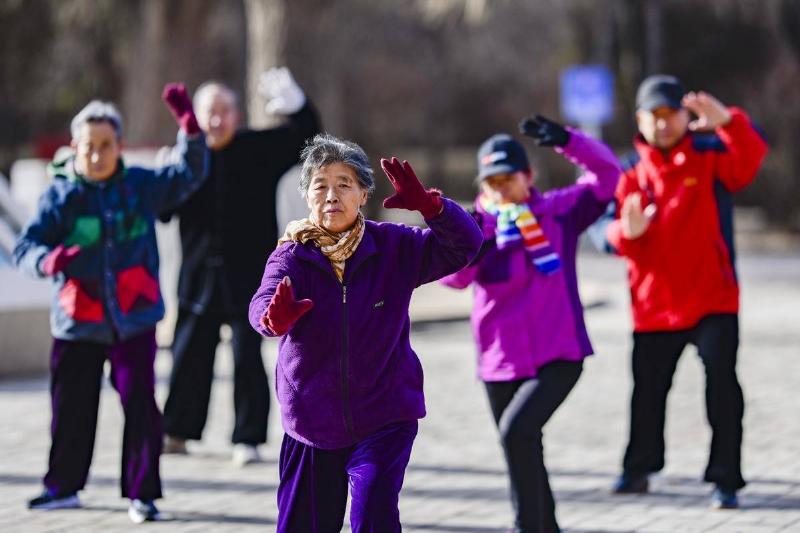 These results suggest that tai chi may have a positive impact on brain function over time. A 2019 study supported these findings by discovering that the practice enhanced brain connectivity. The result is a lowered risk of experiencing cognitive decline and a slower rate of memory loss! 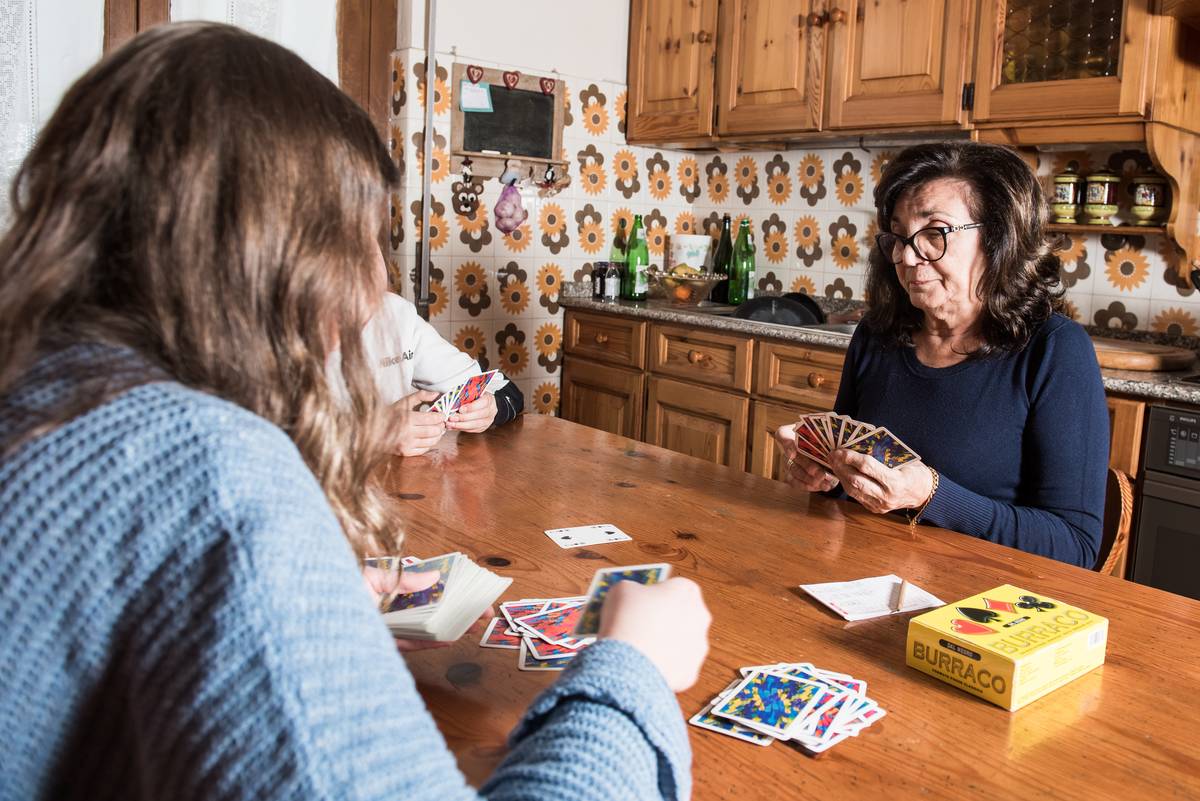 A 2015 study found that card games were beneficial to middle-aged adults at higher risk of developing Alzheimer’s disease. That’s because the games help improve memory. They also exercise various regions of the brain, lowering the risk of developing cognitive impairment.

While memory card games are an obvious choice for brain health, other card games are also beneficial. These may include solitaire, power, crazy eights, or bridge. Having to make quick decisions and decipher the status of the game is helpful for cognition. 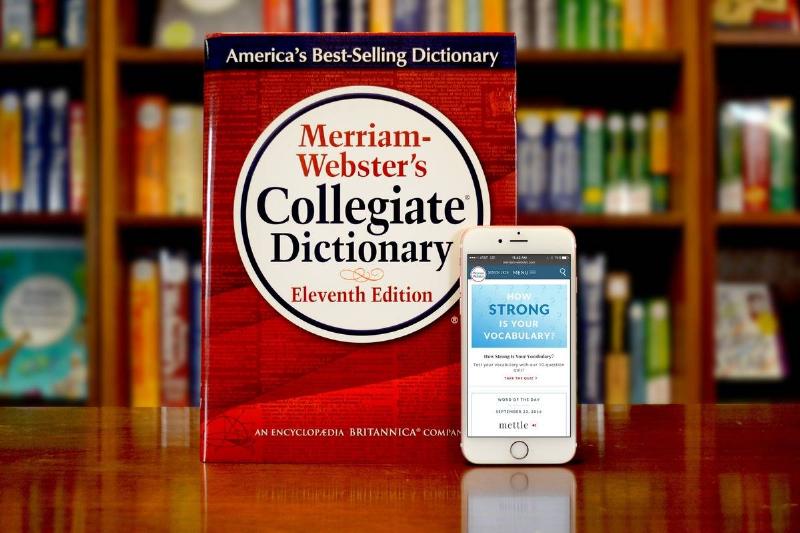 Having a large vocabulary isn’t just useful for writing or public speaking. It can actually help your brain function more optimally. It’s not so much about the words you’re using as it is the process of learning new words.

A 2016 research review found that vocabulary impacts multiple parts of the brain, so learning new words is quite the mental workout. Reading can be a huge help with this since it gives you the opportunity to find unfamiliar words and write them down. Look them up later and then practice using them throughout the day until you’ve memorized the meaning. 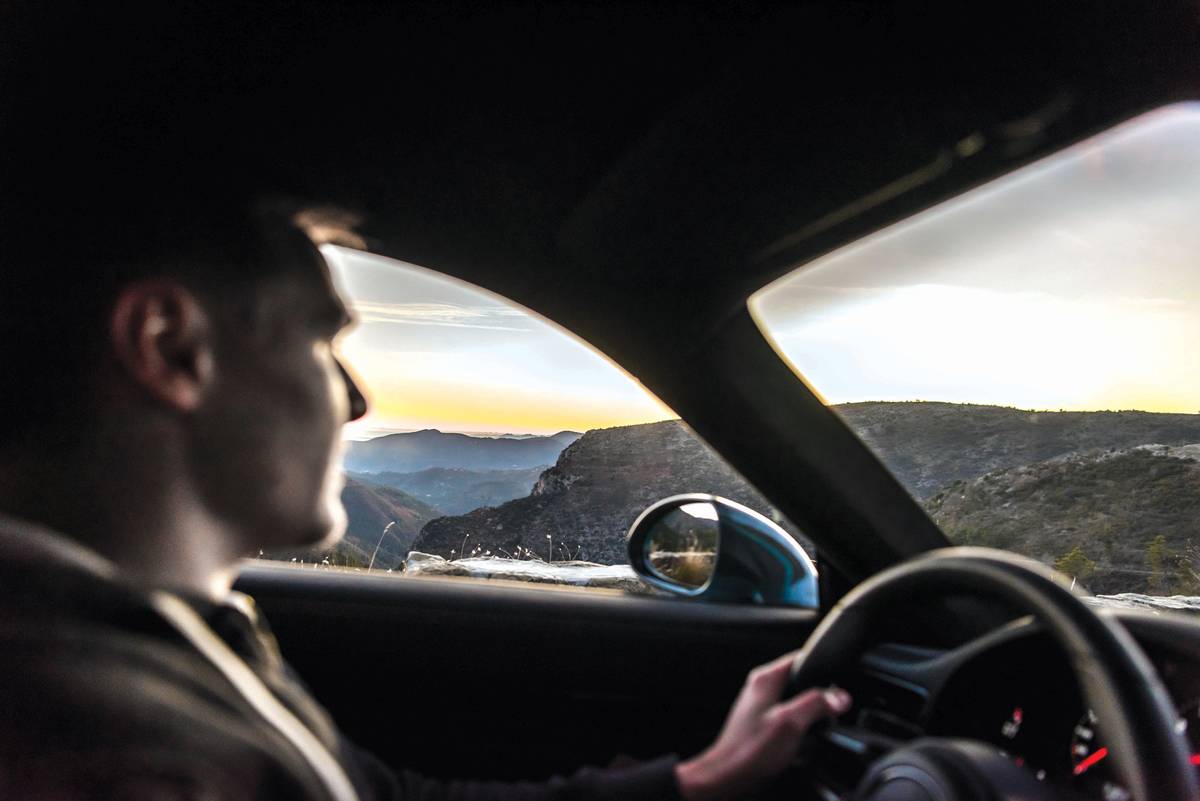 A study published in the Journal of Neurosciences found that the hippocampus lights up when participants recalled various driving routes in London. That’s because performing such a task requires topographical memory, and is therefore a great exercise for the brain.

To keep the mind challenged, take alternative routes to places as often as possible. Taking the extra time to remember where everything is around you may benefit memory in the long run. Even changing your mode of transportation can challenge your cognitive skills, so mix it up!

Practice Writing With The Other Hand 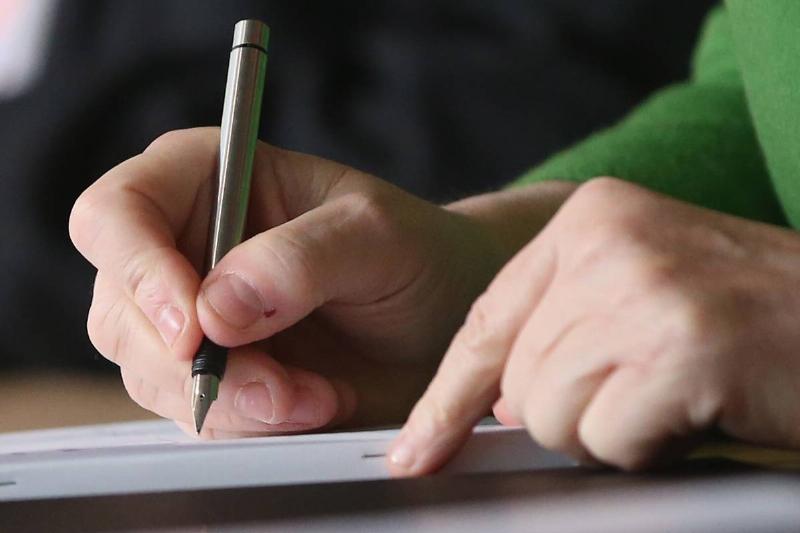 Remember how difficult it was to first learn how to write? That’s why neurobiologist Lawrence Katz recommends trying to write with the opposite hand. The practice is just as challenging as learning to right for the first time, which makes it an excellent brain exercise.

Writing isn’t the only time you can practice this exercise, either. Try using eating utensils with the opposite hand, as well. Your brain will have to do some heavy lifting to reprogram the common activity, but that’s the point!

Keep reading to see how just listening to music can benefit the brain. 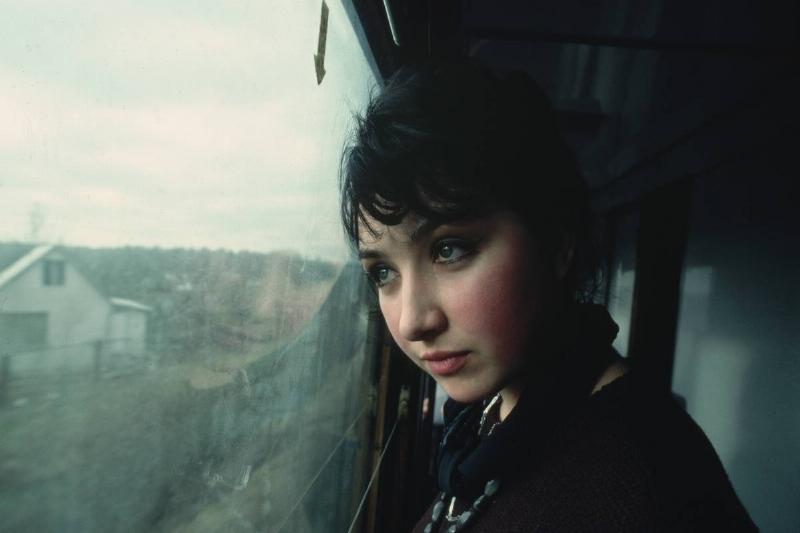 A 2018 research review found that visualization played a role in decision-making. When visualizing, the brain sorts information which can help it compute the best choice to make. Visualizing can be fun, and it’s a cognitive workout, too!

You can imagine a goal, person, or event playing out in your mind, big or small. It could be imagining the house you hope to one day live in, or as simple as visualizing a shopping trip. The more details, the more work your brain has to do, so aim to be specific. 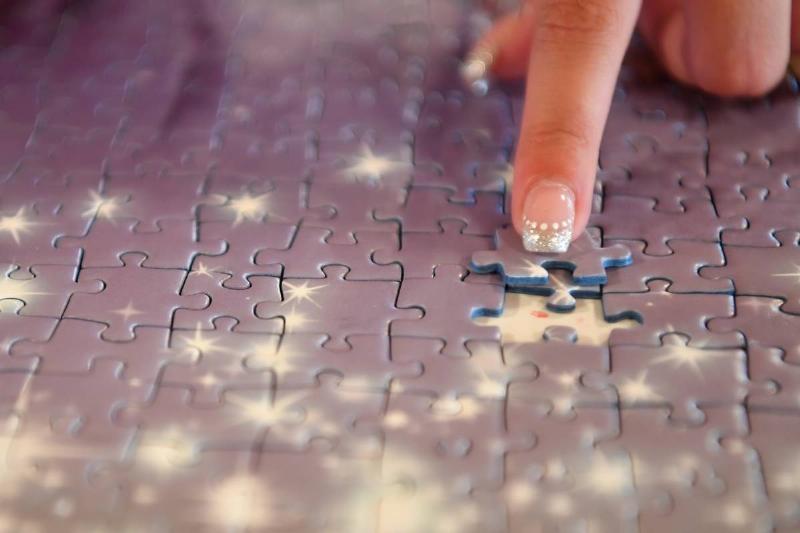 Jigsaw puzzles may seem like a child’s game, but they’re actually helpful even for adults. A 2018 study found that jigsaw puzzles benefitted cognition in the long term. Researchers specifically found that it assisted with visuospatial cognition, or how objects fit together.

Doing puzzles may also help with mental rotation, working memory, reasoning, and perception. They’re also a great pastime and are fun to do as a team with loved ones or alone! Plus, you can frame them after and hang them on the wall as a reminder of the accomplishment. 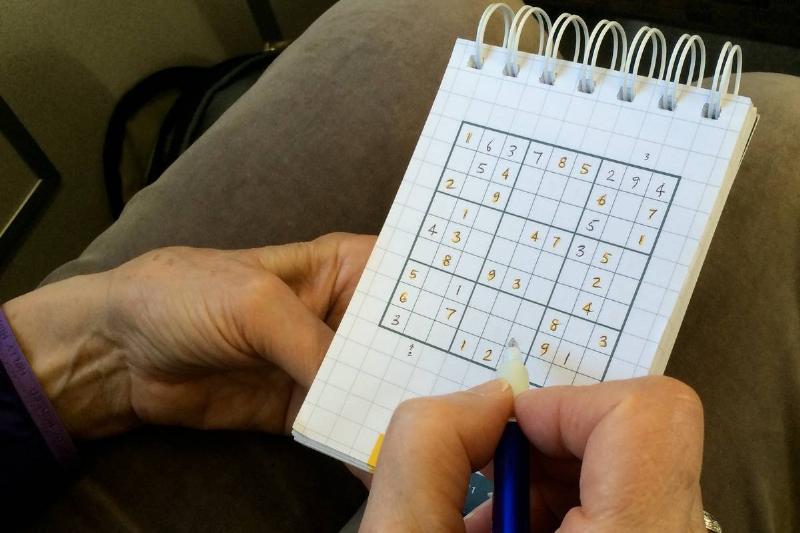 A 2019 study involving almost 20,000 participants aged 50 to 93 found a connection between number puzzles and higher quality of cognition. Sudoku is one of the more popular number puzzles that’s easy to access and can be a fun way to pass the time.

Sudoku books or apps often have levels of difficulty, as well. Being able to start at an easier level can help prevent players from giving up prematurely. Plus, there’s a great sense of satisfaction when you are able to level up or complete a puzzle faster than ever before. 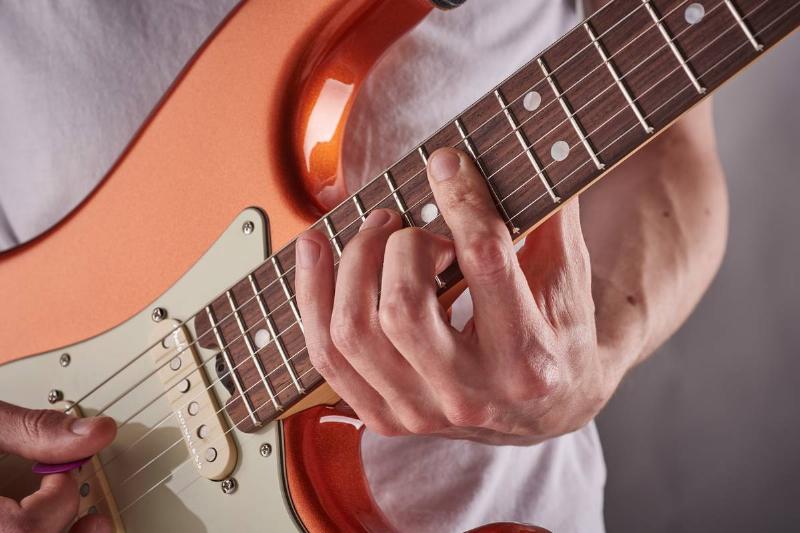 A study published in the International Journal of Alzheimer’s Disease found that older adults who played an instrument were at lower risk of developing dementia and cognitive impairment.

Learning a musical instrument is often thought of as something that’s done in childhood, but it can be of great benefit later in life, too. Playing music requires memory and coordination skills that may benefit the brain over time. Even if you don’t become an expert at it, any level of learning to play can help. 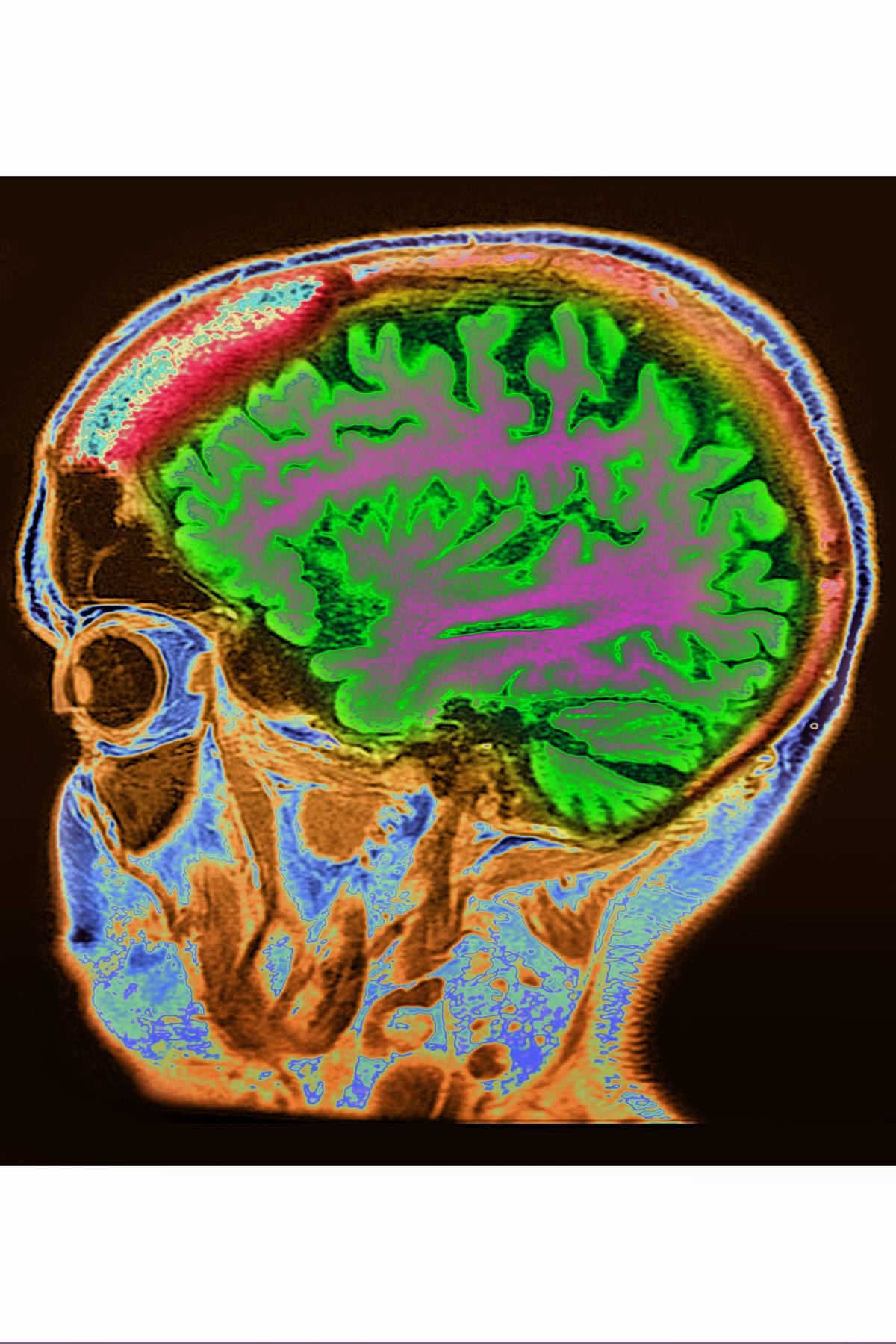 A 2012 scientific review published in Cerebrum found that being bilingual contributed to a host of cognitive benefits. These include enhanced memory, creativity, multitasking skills, and visual-spatial skills.

Being able to speak two or more languages is also associated with delayed cognitive decline due to age. That’s because bilingualism enhances brain connectivity, which plays a role in preventing forms of dementia. These days there are plenty of ways to learn a new language, from classes to apps to books. It’s never too late to get started! 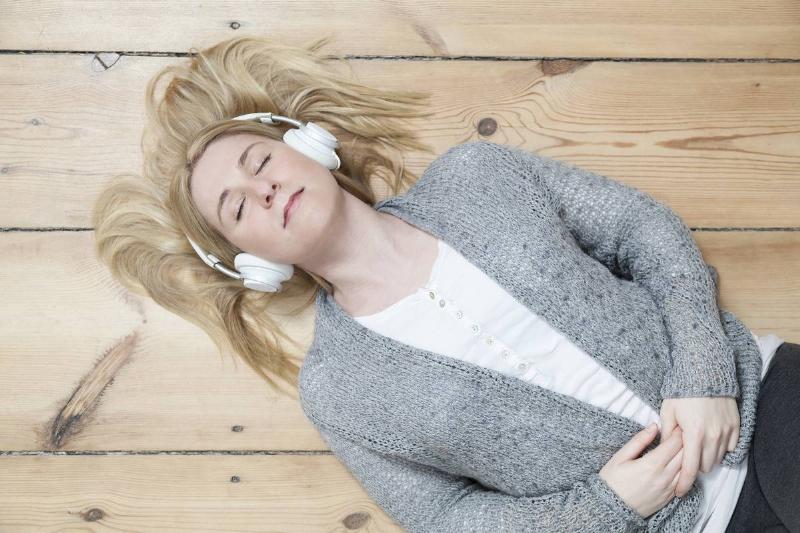 Music doesn’t just help brain function in musicians. It also helps the person listening to the music! A 2017 study found that listening to happy music aided with creativity when performing a divergent task, as opposed to listening in silence.

A 2018 study found that listening to any music that a person enjoys engages various parts of the brain. Specifically, it creates connections between the brain’s reward system and the part that controls mind wandering. Keeping these regions of the brain active may help with cognition by exercises these vital components often.

Coming up, this is why certain video games may actually benefit the mind. 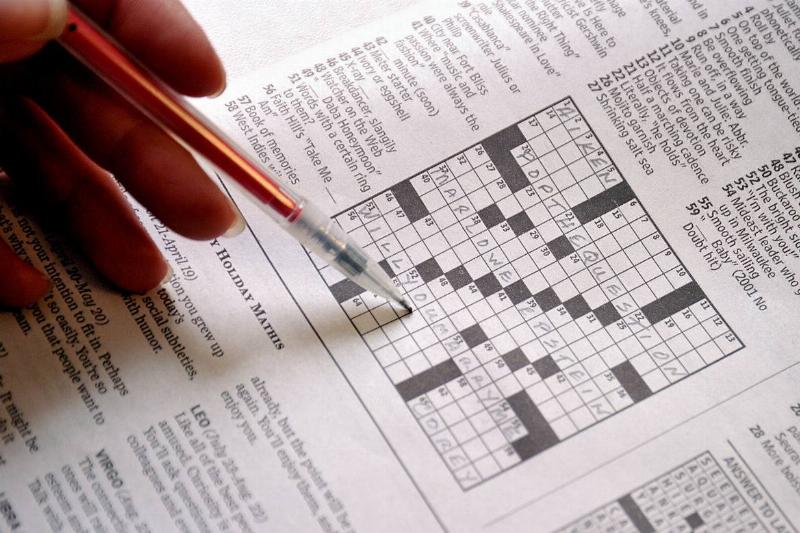 A 2011 study found that crossword puzzles had a positive impact on dementia patients by delaying the acceleration of their memory loss. In other words, doing this activity may help individuals retain memory longer, even if they already have dementia!

Crossword puzzles exercise the brain by encouraging you to remember words, or even to look for new ones to insert into your vocabulary. Having to use clues to come up with a word is not only a great pastime, but it’s also healthy for brain functioning. 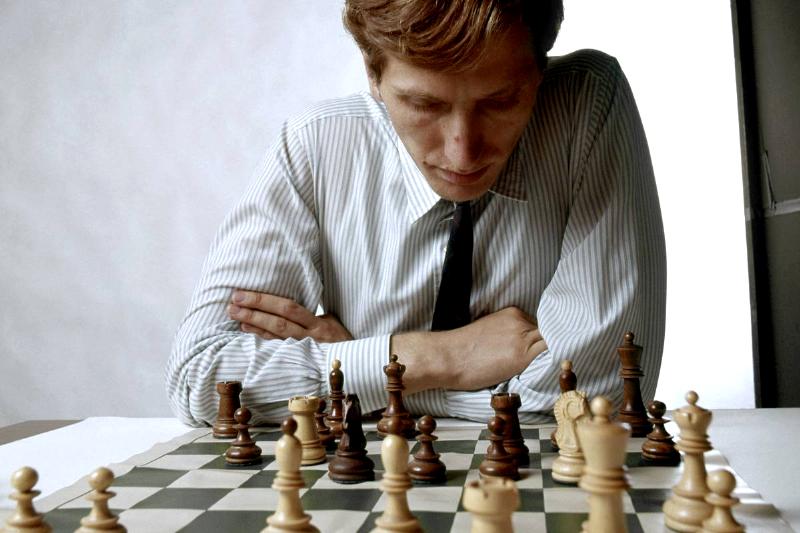 If there’s one game that seems like an obvious brain exercise, it’s chess. The classic pastime has been around for more than a thousand years. It is so cognitively stimulating that people do it professionally.

A 2016 review found that chess may specifically help with memory, the ability to adapt behavior to meet goals, and quicker processing. Anyone who knows how to play chess is probably very familiar with all three of these skills, and it’s never too late to learn. Chess has just the right amout of pressure to be both enjoyable and stimulating. 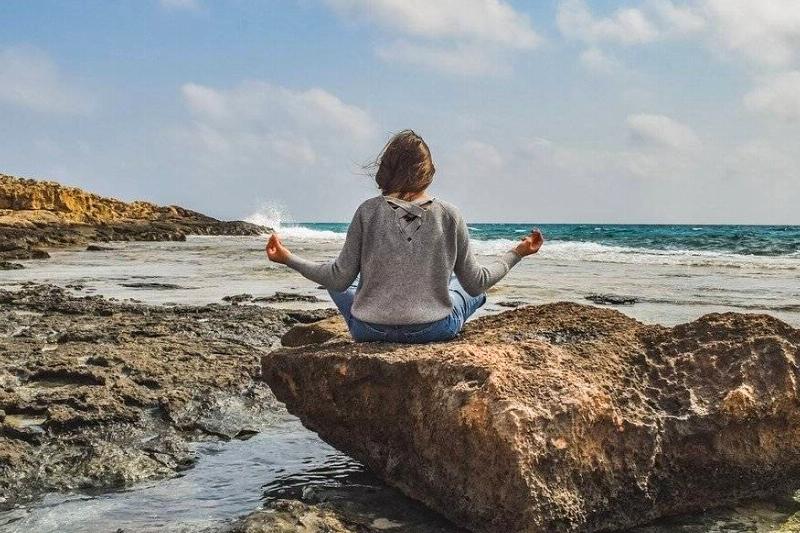 Meditation has risen in popularity largely for its emotional benefits, but it can also positively impact cognitive functioning. The National Center for Complementary and Integrative Health reports that meditation may improve information processing over the years.

Practicing it regularly may even slow down or reverse cognitive aging! A 2012 study found that meditation can also impact the amygdala, even when the meditation is over. Meditation can be done anywhere for any length of time. Just close the eyes and focus your attention on your breath, bringing your awareness to the present moment. 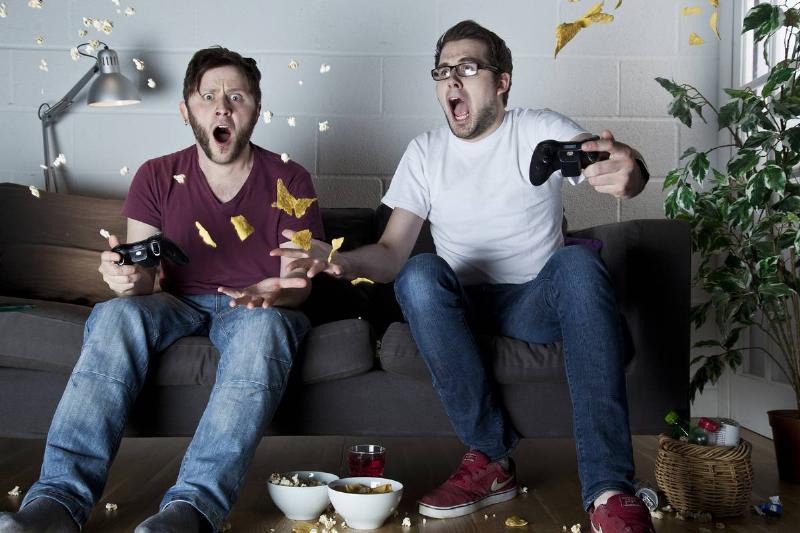 Parents may want to assert that video games have a negative impact on the mind, but there may be some benefits to participating in this activity. A 2015 scientific review found that certain types of video games may help to improve cognitive flexibility.

Strategy, action, and puzzle video games may lead to greater problem-solving abilities and better attention. Some games are created with this specific goal in mind, so opt for games that emphasize these skills to reap the most possible benefits.

Keep reading to see how exercise can help the brain (and not just because of the endorphins). 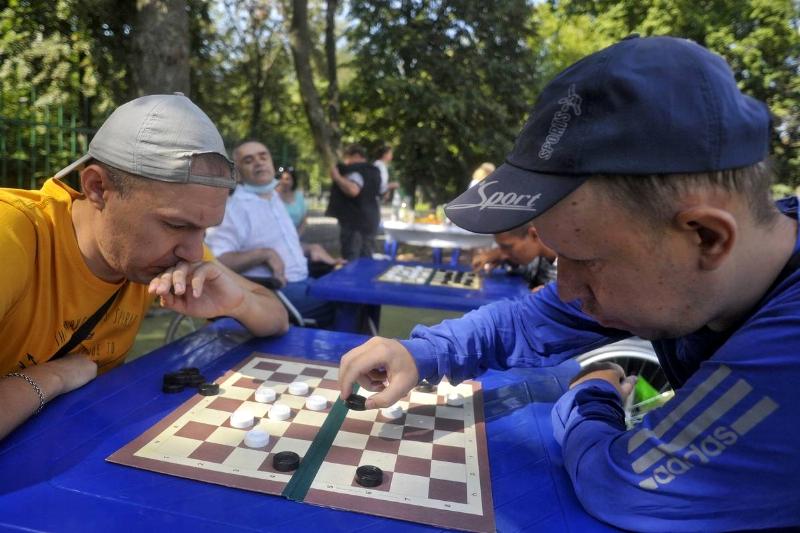 The origin of the game checkers dates back thousands of years, and there may be a deeper reason why it has stood the test of time. A 2015 study found a connection between playing games like checkers and greater brain volume and cognitive function.

Participants specifically included those at increased risk of developing Alzheimer’s disease. While the rules of checkers are relatively simple, the game requires various brain skills to try and win. Engaging in this activity and similar ones may reap positive cognitive benefits over time. 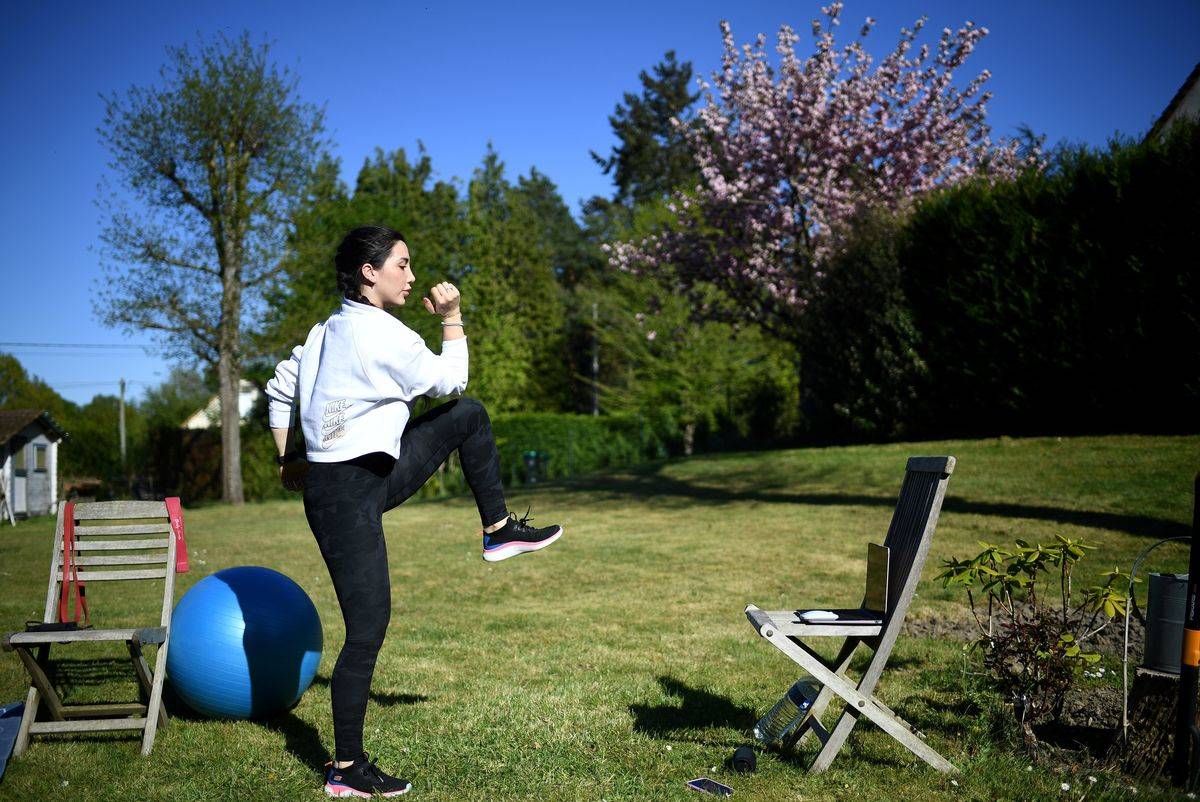 Regular exercise doesn’t just benefit your body, but also the mind. A 2013 study on mice found that exercise increased their production of brain cells. This was especially prominent in the hippocampus, which is the part of the brain that impacts memory and learning.

A 30-year study found that men who led a healthy lifestyle in terms of diet and exercise were about 60% less likely to develop dementia and cognitive impairment as they got older. Aim to get the recommended amount of exercise for long-term benefits on brain health.

Keep reading to see what specific kind of exercise is great for memory. 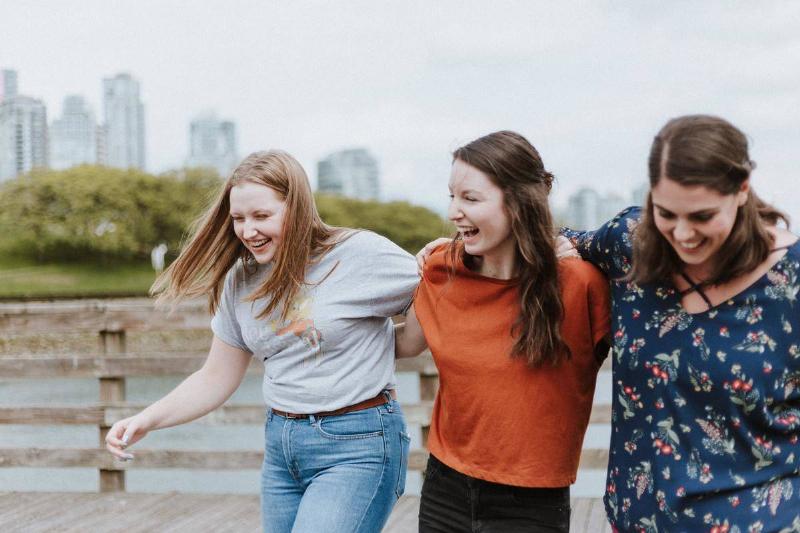 Engaging in social activities may seem like turning your brain off from work, but it actually can have positive benefits for cognition. A 2019 study found a link between spending more time with others and a lowered risk of cognitive decline and dementia.

This makes sense considering the types of things that people engage in when they’re being social: games, sports, having discussions, etc. While these activities may be leisurely pastimes, they’re still exercising the brain and can have a positive impact in the long term. 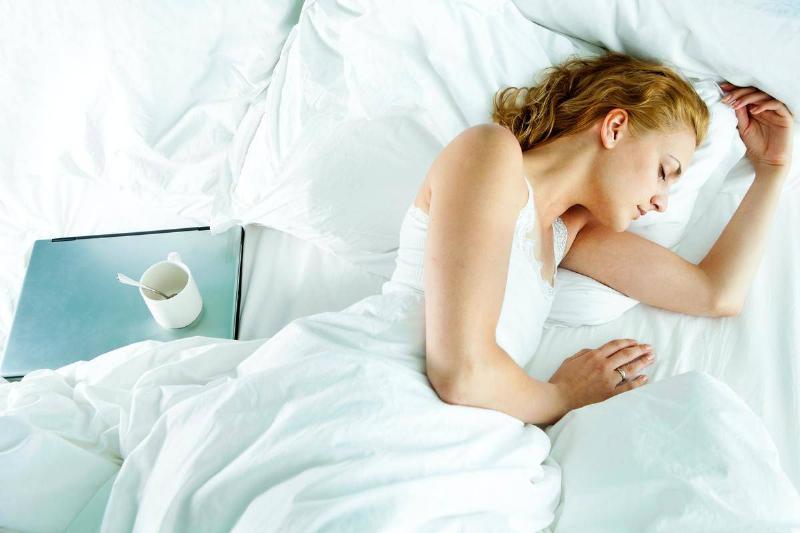 Sleep may be the body’s time to recover, but that doesn’t mean that the brain isn’t actively exercising. Scientific American explains that the brain is actually highly active during REM sleep, which is when dreams occur.

Getting the recommended seven to nine hours of sleep each night can be crucial for brain function. A 2015 review found that adequate sleep can improve memory and reduce mental fatigue. Giving the brain much-needed time to recuperate is just as important as exercising it throughout the day. 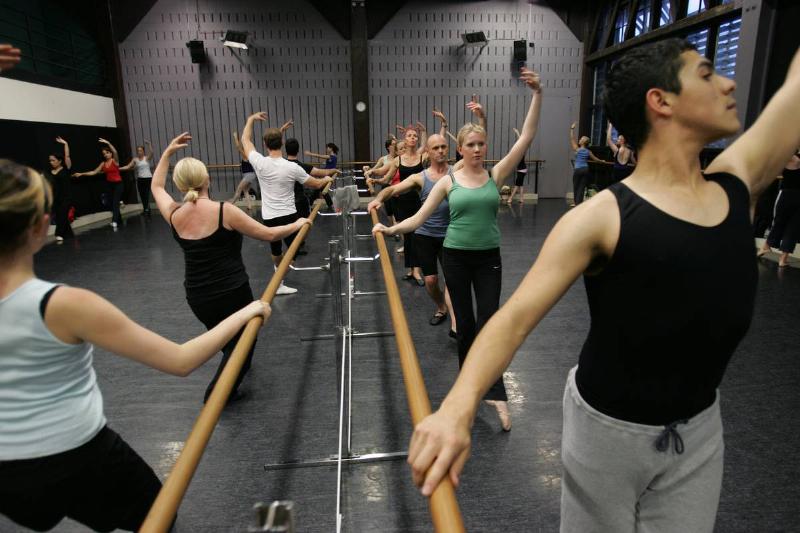 A CDC-funded program at the University of Illinois offered Latin dance classes to sedentary seniors. Researchers found that over the course of the 10-month program, participants’ memory and thinking were positively benefitted!

That’s because dance requires skills such as planning and organization combined with rhythm, balance, and a social environment. These elements enhance the benefits of simple movements, creating even more brain benefits than exercise alone. Practicing easy-to-follow dance moves for even just 10 minutes a day may help cognition.